What are your all-time favourite video games made/published by Nintendo?

For several people in this community the only Nintendo game they've played is a Mario Kart. Nintendo is known for creating some of the best- and well-known video game franchises, such as Mario, The Legend of Zelda, Star Fox, Donkey Kong, and Pokémon. Do you have an all-time favourite(s) Nintendo game(s)?

With taking only around an hour to complete, I have finished this game I don't know how many times. Star Fox 64 was one of the very first games I ever received for my N64, along with other classics like Super Mario 64 and Ocarina of Time. Even whilst being such a short game, it's undeniable that this game has left a prominent mark in the gaming industry, especially pertaining to the various memorable and humorous dialogue that spawned from this game. I was only 5 years old when this game came out, so it was a bit difficult for me to finish the game on my own, especially with some of the harder levels towards the end. My dad used to play the game for me to beat the harder levels, which he also did back when we completed The Legend of Zelda on the NES. So when I play this game now, it always reminds me of my dad, which is something that will make me always hold this game in a special place.

I don't play a lot (if at all) any Nintendo-based games outside of MKW anymore, though I think Wario Ware is criminally underappreciated. Having played it prior, it really challenges the player to understand whats even going on with what you're seeing and what you're meant to do with the controls seconds both before and after finishing a mini-game (and as a former media student, with what they've recently done with Wario Ware: Gold, they could even make a pretty decent cartoon series out of the cast).

For me i think that it's Kid Icarus Uprising (3DS) which is fabulous with its multiplayer mode, and there is such amazing varieties with the weapons and skills. My 2nd favourite one has to be Super Mario Galaxy. Loved so much this game when it came out. And lastly The legend of zelda: triforce heroes. i'll remember how much fun i had with my friends.

I don't really have a singular favorite Nintendo Game since I have way to many I love, however if I had to pick a few top contenders for that title they'd be: Breath of the Wild, Yoshi's Island, Pokemon Mystery Dungeon Time/Darkness/Sky, Super Mario Galaxy, or Pokemon Heart Gold/Soul Silver.

I honestly couldn't pick a favorite from them, they're all amazing games that I have a special place in my heart for. 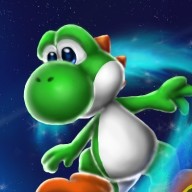 Outside of the MK series, from what I've played of Nintendo's franchises my favorites include Super Mario Galaxy 1/2, Super Paper Mario, The Legend of Zelda: A Link Between Worlds, and Pokemon Soulsilver. All are amazing experiences, and the last 2 are great remakes too. (Although Link Between Worlds is more it's own game than a direct remake.)

Why am I here?

Splatoon and Super Mario 3D World for me. The Wii U was considered a failure but in my opinion, Nintendo did a phenomenal job with a few of the games they made for that system.