English: Hello there! Welcome to the Top 10 Best Portuguese TT'ers thread! If you are apparently portuguese, and want your name on this thread, contact me on discord! My discord is: Nathan MK#2720. This ranking is classified, with the CRs, ERs or WRs that you have. And with that, good luck!

: A great portuguese Mario Kart Wii player. He TT's mostly on regular tracks, but at times he can also TT on CT's. He holds several CRs, ERs, and in just some cases, he actually holds WW tops. He also has a YouTube channel, were he uploads several of his TT's, so if you want to, check it out at JMM435.

: He is infact the best portuguese player of all time, but when it comes to TT'ing, JMM is a little better then Monyz. Why? Well, Monyz focuses usually on competitive Mario Kart, he plays in the WL for the Clan named "Kaisers", but that dosent mean he dosent TT, since he also holds some CRs and EU tops!

: I usually do TT's, and regs WWs, but i dont really like warring. All though i am in some clans. I dont hold any regs CR at this moment. But i hold several Country Tops on several tracks like Grumble Volcano (glitch), Luigi Circuit, SNES Mario Circuit 3, and others. On CTs though, i hold WW tops and EU tops on several tracks. So, yep.

: The best portuguese player of 2008-2010, he held several CRs and sometimes even ERs, but then, strats kept coming and he just left the game entirely. His last ever registered TT was on N64 DK's Jungle Parkway. But as a player, he was pretty good. And he also held the CR in N64 Mario Raceway for over 9 years. Until it was broken by JMM.

: Not much is known about this user, what we know is that he was a good friend with Michael (nº 4), and he used to TT quite a bit. He also got some CRs in 2009, but then they we're later broken by Michael. We also know that in 2015-2016, ZOBGF trialed out for A7, a clan that is in the WL, and got accepted. But left in September 2016, and nothing else happened ever since. (This information was provided to me by RuTsu, an ex-member of A7.)

Thank you for reading! A quick shoutout to JMM, he gave me the idea to make this post happen in the first place.
And this took quite a bit of time to gather all the information neccessary. So, it was extremely hard. I put a huge amount of effort into this.

If you want to check out the Portuguese Records thread, redirect yourself here: https://mariokartboards.com/threads/portuguese-records.424/
Again, props to JMM for making the post happen. 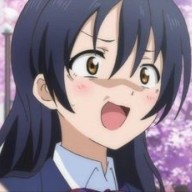 There are 5 Portuguese players? k