Thanks for the chance

Hello there everyone, time for finalised seedings. We'd first like to apologise that we've not given too many updates on preliminaries over the week - this is due to the suggestion to make 5 divisions, which we have obliged with, but has taken longer than planned for us to organise.

So, to start off, a few things you may need to know:
The ruleset and conditionals list will hopefully be out as a thread over the next day or so (perhaps later tonight if we can get it done - we've got drafts for the rules and we've voted on conditionals, just need to be put in thread form) so any questions with those, please reserve those until they're up. The conditionals rules themselves have undergone significant changes, so only those on the list must perform a procedure, which we've made easy and uniform for any loading method - hopefully this will make it easier for all to play.

We will announce Division Admins shortly - the change to 5 divisions means we're just sorting out an extra spot. Reps will be informed of DAs (and we'll post here if we remember) as soon as we can. We aim to have schedules for divisions up as soon as possible.

People who need representative roles may ask any members of EL Staff - ensure to specify which division you need to make it easier on staff though.

The following are the general graphics for the divisions - we will use them more in the future, however I've posted them here to make it easier for those who're making sections on their team threads.

Week 1 matches intend to start 8th December 2018, so please be sure to get your roles and things sorted ASAP.

Best of luck to all those participating in the Elite League this season.​
Last edited by a moderator: Dec 2, 2018
C

Thanks for keeping D1 that way. GL everyone! 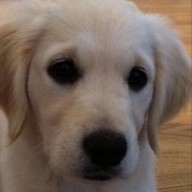 Thanks for the chance

Skitty said:
8th November
Click to expand...
I spend my life sitting down talking about MKWii I don't know what dates are please help

good luck to everyone in d2 this season, should be an enjoyable one