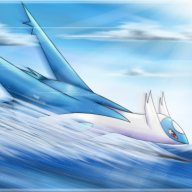 @zatlo About D99. they have some decent players in the division Like Dermo,Maddy And Cynical. my guess is that we at least make it to playoffs if not finals

Don't know anything about CTD1 and 2

Wollywogz will pull a W in this division, they have nearly the same rosters as PG and PK had last season, and both the teams were stacked. think they also got Sane from ut.
Avail is an odd one, they have a very strong roster of Olifre,Zagler, Negens Solo Jam, but people have said they werent sure whos playing for them... but if an lu with atleast 4 of those players will give them a really good shot for 1st.
Vitality has the same chance to win as last season, but as they all have gone to fortnite i think they will get 3rd.
Charged brigade has gotten a few new players but i think some of their OGs have stopped playing bcuz of VTGP only so ill give them last.
Untouchables 1 will get a solid 5th without a doubt they have some of the same rosters as past seasons but nothing outstanding, hopefully RuosX can play to make some upsets.
Metro Wipeout will pull 4th with new adds like Cheron, Kasper, Leops, Kyon and neruo. i could see them taking 3rd from VA aswell.

Za* is basically hrst best runners plus Myth and some other people so i bet they will stomp the div if they pull the best lu every week.
Valhalla is a well rounded team, with utility of Viraith,Bobby and bran for bagging and strong runners like Jax KasperUs (mogi lord) and Cody Crash.
pool can maybe pull out 3rd but all the teams below top2 is a wild guess for me.
CV is the weaker team of the div, but if they go troll they will prevail most of the time by the use of Saik.
Ls can maybe pull 3rd aswell with the power of Life,shawn tekken daze bagger but then they would have that LU every week which makes them LU reliant.
ut2 and GUn are in the same boat as Ls with the need of best LU every week, but ut2 could come out with some upsets.
FL has always done it good on regs and i bet they will this season aswell a solid 4th midtable sounds good.

Huge skillgap in the Div, MaL will get 1st and Ap will go for 2nd/3rd/4th ish along with gamt and exo.
GAMT and EXO will fight for 3rd and 4th with very strong and versitile roster, with gamt having Mark, Mike, TRippy and so on. EXO has a completly different lu
from previous season with Dartii, Goomba,JoshUK, Miki to add to their roster.
MV has their normal LU and can be the middle of this div.
k's mo nd tr1 all fall behind in this div with only one to two strong runners of the calibre of the other teams of 4 strong runenrs.


i randomized the last two divs because i got bored and the fact i have clue who is who and how good people are, so ye ty
Last edited: Sep 4, 2018

wZ (as always) has targeted and recruited tons of D1 talent, making it easy for them to run away with the division. If Vitality is gonna win this thing, they're gonna have to do it as underdogs, similar to S12.

You have no idea how much I want to see Ls win this division. Unfortunately, I'm a realist. (I've got Team pool winning it, if Cobra's unbanned.)

I thought MaL was D2 until literally right now, as I'm typing this. I had them last in D2... D3 is a different story. GAMT is OP.

RS is one of the best teams here talent-wise but I've only seen them succeed in an all-run setting. tr2 has the best chem in this division... which matters more than you'd think.

Apparently it's not classy to predict your own team to win.

I only knew where to put 2/6 of these teams. I'm the DA here and I honestly couldn't have a better division. This shit's gonna be close as hell.

Fred said:
heh^
Click to expand...
Nio gonna mvp from the deep regions of the bench

I predict that Arvo is going to bottle it